Today was the annual Cherry Tree 10 Miler and Relay in Prospect Park.  This is a great race organized by the Prospect Park Track Club.  I highly recommend it, if you’re anywhere near Brooklyn in February.

This was my second time to run Cherry Tree.  I kind of collect race distances and I signed up for it in 2010 because I had never run a 10-mile race.  I had run the Queens Half several months prior, but I ran Cherry Tree after taking two months off from running–related to both weather and laziness.  I finished  in 1:52:50, which I was pleased with because of my lack of training and because I twisted my ankle during the race and had to limp along for awhile.

This year, I signed up again because it was fun, but also hoping for a better time.  I trained for and finished the NYC Marathon in November and while weather did force me to cut back, I have been able to maintain a regular running schedule ever since.  I arrived at Prospect Park this morning with no Garmin.  I was kind of hurrying out the door to catch the bus and totally forgot it.  This is kind of a panic moment, because my Garmin is my training partner and security blanket.  But I decided to accept the circumstance for what it was today and just run in a way that felt “right.” 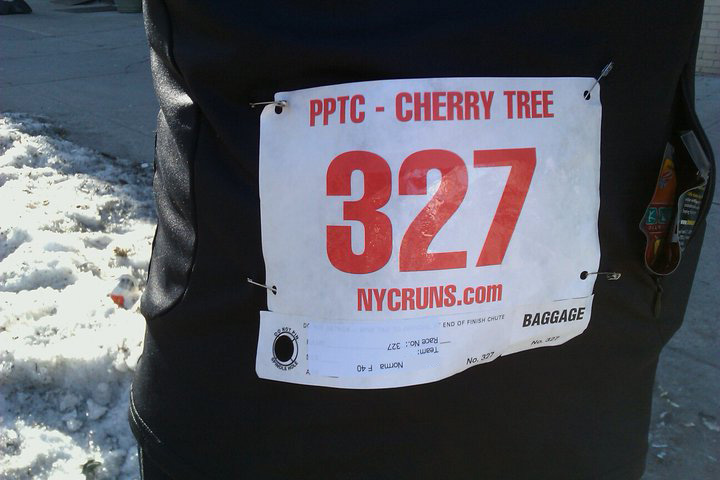 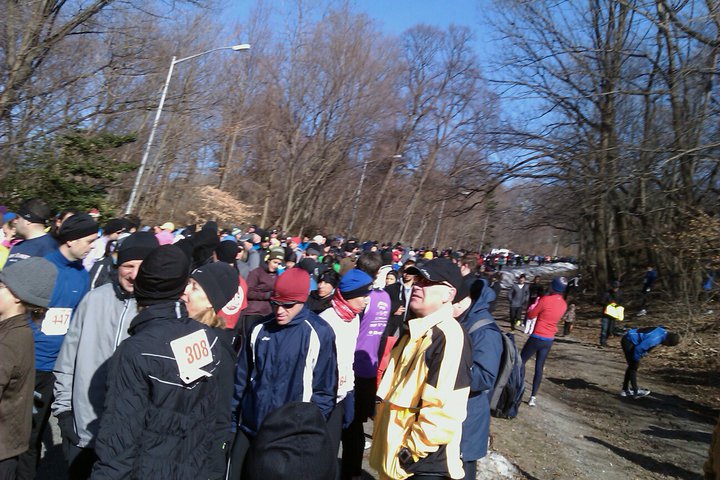 The wind coming at us along the east side of the park was freezing and brutal.  I got a blister on my right arch at mile six.  I plowed on thinking I was maybe doing better than last year and hoping to come in around 1:45.  A seven-minute PR is significant and I knew I’d be happy with that.

Well!  Imagine my surprise when I turned the corner toward the finish and saw the clock at 1:40!  I came in at 1:40:49–a full TWELVE MINUTES faster than last year!!!  I’ve rarely been so happy at the end of a race!

Moreover, I discovered today something about running a marathon.  After completing 26.2, ten miles isn’t very daunting.  It’s amazing how perspective changes when boundaries are widened.

Thank you, Prospect Park Track Club and all the awesome volunteers who were freezing and congratulations to all the other runners!  See you next year!

Also, I took a picture of some swans while I waited for the race to start: