Maybe—just maybe—I’m an old fogey who clings to the belief that you actually have to accomplish something in a race other than merely participating to deserve an award. To me, a medal is emblematic of some sort of racing success, rather than simply being able to remain upright for five kilometers.

I’m not an old fogey (I hope), and I also don’t believe in rewarding every single thing a person does.  I happen to have earned a medal at a 5k a couple of years ago.  I say “earned” because I finished first in my age group; I was a winner among the other women aged 35-39.  Still, I was surprised to get a medal for a 5k.  When I was about 11, my soccer team won the city championship and I received a trophy; I got nothing all the other seasons we didn’t win.  Now I see kids on the losing team walking away with trophies or other “awards” all the time. But I actually don’t want to talk about sports today.  The aforementioned blog post made me think about the overall sense of entitlement that I sense is now the norm rather than the exception, and it’s very discouraging. 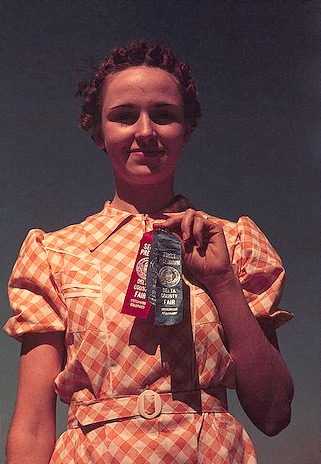 I’m not a parent, and some people will say that automatically disqualifies me from having an opinion about child rearing, but I can’t imagine a scenario in which I would teach my own child that they are always a winner and always deserve a reward.  If you’re always a winner, where is the incentive for improving?  If you are rewarded for things that you should be doing by virtue of just being part of a household, where is the incentive for going above and beyond?  Constant rewards/awards breed nothing more than arrogance and mediocrity.

Adults are just as bad.

Now, I don’t know a single person over 18 who would admit to always wanting to be a “winner,” but there are plenty who believe they should be rewarded for doing things that a generation or two ago would have been considered polite–and not even overly polite, just the minimum of politeness.  For example, going to a wedding now means getting a gift yourself.  Going to a party means walking away with a “favor” as though you never matured past age 10.  What misshapen idea of adulthood says that simply showing up at an event, any event, is worthy of a gift or or reward or prize?  It’s shameful.

I suppose it explains a lot about the kids…